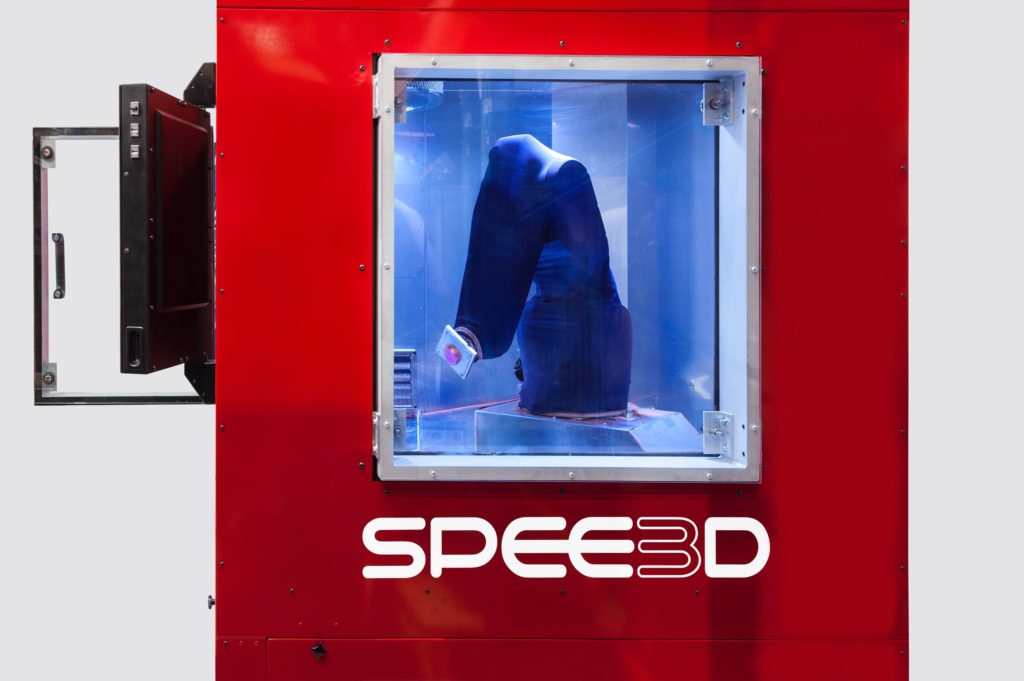 A metal printer in the Northern Territory could revolutionise the price and access to making aerospace, health and automotive components.

A world-leading metal printer in Darwin is producing advanced goods quickly and cheaply.

The LightSPEE3D at the Charles Darwin University printed a copper flywheel, or engine component, in less than 12 minutes at a  cost of just $4.60.
The technology will simplify metal manufacturing which can traditionally take months because of expensive and inflexible mass production techniques, inventor Steven Camilleri says.

“Lead times from design to first prototype are long, often taking months, and prototyping is expensive because of the need for specialised tooling and design-specific moulds,” Mr Camilleri said.

He said while 3D printing had improved in recent years, there has been little development with printing metal goods.

“The LightSPEE3D machine demonstrates the strength, repeatability, and mass production capabilities of tried-and-tested metal casting together with the simplicity and immediacy of 3D printing.”

The metal printer could revolutionise the price and access to aerospace, health and automotive components.
It also produces minimal waste, with one to five per cent of material lost in the printing process.