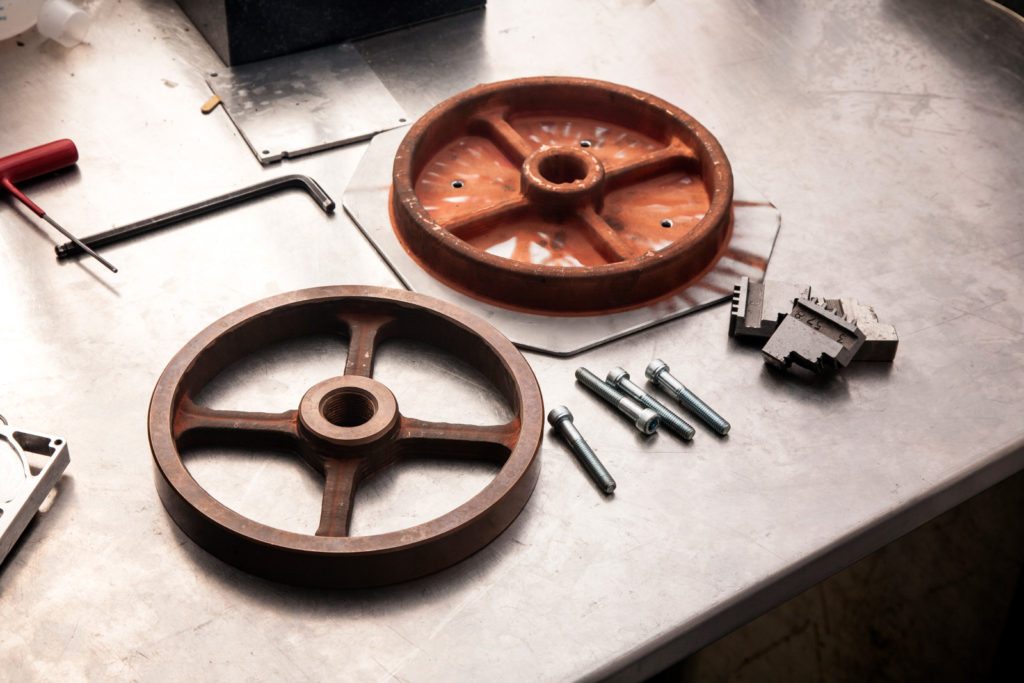 The world’s first commercial LightSPEE3D metal printer located at Charles Darwin University in NT, has produced a copper flywheel that took 11 minutes and 38 seconds to produce at a cost of $4.60, demonstrating the capability of the LightSPEE3D printer to generate low-cost metal parts at high speed, which is revolutionary in metal manufacturing.

The 3D printer is at the centre of a new industrial transformation research hub for advanced manufacturing in the Northern Territory, known as the Advanced Manufacturing Alliance (AMA).

The AMA is an open alliance founded by the Darwin-based start-up company that invented the printer, SPEE3D, and CDU. The Alliance aims to build a user base through local and global business members, and to collaborate with global research networks in advanced manufacturing.

Co-inventor of the technology, Steven Camilleri said that until now the metal manufacturing industry, worth hundreds of billions of dollars a year globally, had used mass production techniques that were slow, inflexible and expensive.

“Lead times from design to first prototype are long, often taking months, and prototyping is expensive because of the need for specialised tooling and design-specific moulds,” Camilleri said.

He said that while traditional 3D metal printing had improved simplicity and immediacy to the manufacturing process, there had been little uptake in the casting industry because the technology could not deliver the required speed and uniformity in strength and shape.

“SPEE3D has produced and patented a truly innovative and transformative advanced manufacturing technology,” Camilleri said.
“The LightSPEE3D machine demonstrates the strength, repeatability, and mass production capabilities of tried-and-tested metal casting together with the simplicity and immediacy of 3D printing.”

“The AMA hub will accelerate research to assist with commercialising the technology, and also will launch new training programs,” Cram said.
“While the technology has global applications, we also expect to deliver wide-ranging impacts across the Territory including producing new tools, technologies, and skills, and generating professional, university-qualified jobs.”

Industries that could benefit immediately from the technology included defence and aerospace, automotive and healthcare.

“Our work at the AMA will place the Northern Territory at the forefront of advanced manufacturing in metal,” Cram said.

Any cookies that may not be particularly necessary for the website to function and is used specifically to collect user personal data via analytics, ads, other embedded contents are termed as non-necessary cookies. It is mandatory to procure user consent prior to running these cookies on your website.